Tokyo to Osaka in 67 Minutes

As said by theCentral Japan Railway Co. (JR Tokai) the new maglev trains would shorten the travel time between Osaka and Tokyo to 67 minutes from 138 minutes taken by the fastest bullet trains today.  The estimated time is for the shortest planned route of 438 km connecting Shinagawa Station in Tokyo and Shin-Osaka Station, which could cost ¥8.44 trillion to construct.

The company plans to construct the Tokyo-Nagoya section of the Tokyo-Osaka maglev system with its own funds by 2025, but has not decided on a construction schedule or financial resources. JR Tokai is planning to submit a proposal to the Land, Infrastructure, Transport and Tourism Ministry by the end of March 2010 in order to start the construction in the first half of the 2010’s. 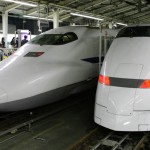 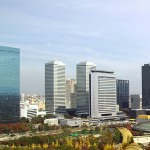 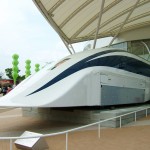