The Future of German Maglev Technology

Is the German magnetic levitation technology a ghost train, a monster of Loch Ness? Often cited in the press, but never realizing? In Germany, some transportation players see the Maglev technology as a transport system without a future. Invented by German engineers more than 40 years ago, so far only of a short Maglev project in Shanghai has been materialized. For German minister of transportation Ramsauer, it’s about time that the German industry takes action and brings the Maglev technology to life.

After construction costs nearly doubled from €1.8 billion to €3.4 billion, plans to build a Maglev train from the center of Munich to the airport were canceled in 2007, and so was the Maglev project to bring travelers from Berlin to Hamburg. The 800 kilometers route to transport pilgrims through the Saudi Arabian desert, from Tehran to the holy Islamic city Mashhad will also probably never be constructed. In China, the Maglev project that would have connected Hangzhou and Shanghai was canceled due to the construction of a concurrent express route. Only the railway plan for the Maglev route between Hongqiao airport and Shanghai’s Pudong remains in the pipeline.

German transportation minister Peter Ramsauer is still very enthusiastic about the high-speed Maglev trains, but German manufacturers ThyssenKrupp and Siemens seem to have lost interest in technology of the future. They prefer to focus on the conventional railroad business, which leaves minister Ramsauer furious and frustrated: “So far, the German government invested over 1.5 billion Euro (2.20 billion USD) in the testing and development of Maglev. Now it’s up to the industry to market this future-oriented technology”.

Hans Christoph Atzpodien, an executive manager at ThyssenKrupp confirmed at a Transrapid industry tender meeting in Brazil that the Maglev technology is currently “not a major interest” for the German industrial giant. Hans-Jörg Grundmann, head of the Siemens’ mobility division, explained that German’s largest engineering company “does not see any immediate, realistic marketing prospects at this time.” Such statements infuriate minister Ramsauer and he worries that if the industry doesn’t play along, Maglev technology would have the same fate as computers or MP3 players: they too were German-invented technology, while the profits were eventually made by other countries. 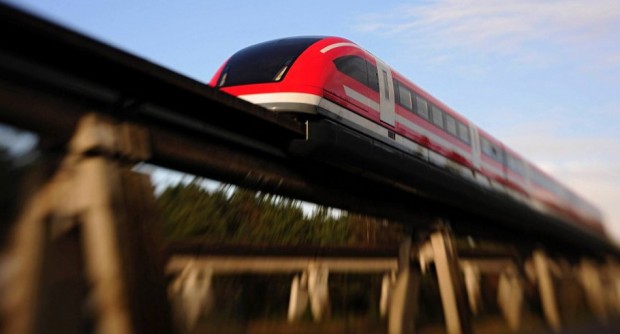