A new revolution in the transport system is called “Sky-Tran”. The project is being developed by Unimodel, a mountain view based company. It says that the system uses magnetic field to propel pods, which commute between portals via cables elevated 8 to 15 feet above roads. The cables in this project are meant to be stationary, and each individual pod would be moved forward through electromagnetic induction propulsion. This principle is the same as applied in the high speed maglev trains.

The idea may seem to be farfetched, but a short version of such a system is likely to be ready in about 18 months for viewing. What seems interesting is that the pods are estimated to travel to a speed matching to a high speed train. Also the pods can travel up to a speed of 200mph (322kph) for passengers commuting between the city and major airports.

If such kind of speed is achieved by the Sky-Tran with quite a less price tag; would there still be need for an 800 mile, multibillion dollar state high speed rail system? 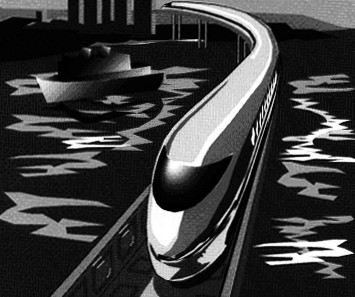