29 years of hard work and research on magnetic levitation trains in the United States of America is beginning to pay off. The Federal Railroad Administration SAFETEA-LU Maglev Program has announced a grant of $ 28 million on 10th of September 2009 for the maglev project in Pennsylvania, which adds to the previous amount of $ 22 million issued in 1999. The project is said to connect Pittsburgh international airport, downtown and through the suburbs up to the eastern city of Greensburg. This grant will cover expenses for pre- engineering activities, financial estimates and a separate cost analysis. The pre- engineering activities include the overall infrastructure of the placement of maglev and the design of a bridge carrying trains over river Monongahela. The old estimate of this project was about $ 3.75 billions, which is to be re-valuated.

14.2 million Commuters are estimated to be using this maglev per year. The future plans include an extension up to Philadelphia including stops in Johnstown, Altoona state college, Harrisburg, and Lancaster. This project will earn tremendous fortune for the people by providing large number of jobs in infrastructure, reduce highway congestion, and reduce dependence on imported petroleum. Also this system is fast, efficient, environment friendly and effective in the terrains of Western Pennsylvania.

This rail system will prove to be the vision of the future of the Pennsylvanians. 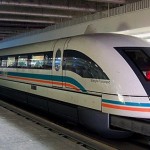 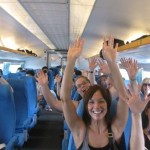