People often prefer to choose flights for high speed and long distance travel. The average operational speed of a flight is about 1,000 kilometers per hour. A long distance journey by plane is heavy on costs, consumes a lot of time and can also cause serious environmental pollution. 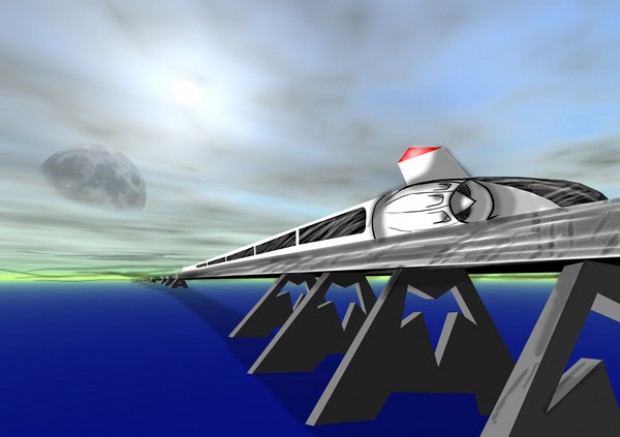 But the all new evacuated tube maglev train is a new ray of hope in the realm of transportation. The train does not cause any noise or air pollution, consumes less than a tenth of energy as compared to an aircraft and has almost 0% of accident rate even at a speed of 4,000 kilometers per hour, which is its minimum speed. This means that the total travel time from Beijing to Washington will be reduced to only 2 hours by the train.

A seminar was held on 29th December 2004 and was presented by many Chinese experts including eight academic members from the Chinese Academy of Science (CAS) and Chinese Academy of Engineering (CAE). The agenda of the seminar was the Evacuated Tube Transport (ETT), which operates by creating space like travel conditions on the ground. Air is permanently removed from the tubes along the travel route making the travel free from air resistance.  Pressurized passenger capsules of size of a six-person biz jet cabin travel in the tubes on nearly frictionless magnetic levitation tracks. The experience will be like travelling in a silent aircraft in a semi reclined position and will be smoother than any luxury car or airplane without any chaotic traffic conditions 6 miles above the ground.

According to Shen Zhiyun, academic member of CAS and CAE, China should target the development of high-speed ground transportation with 600 to 1,000 kilometers per hour which should be in operation between 2020 and 2030. This concept was first proposed by experts from American Land Consulting and Massachusetts Institute of Technology and was introduced by Zhang Yaoping, who graduated from Southwest Jiao tong University in Sichuan. He then began to promote the ETT as an “evolutionary transportation” in 2007. Zhang believes the theoretical limit of the speed of the evacuated tube maglev train is close to the first cosmic speed and can reach up to 20,000 kilometers per hour.