A report released in August 2011 has insisted the Australian federal government to consider the Melbourne to Brisbane corridor for the Very Fast Train (VFT) service, with Goulburn – Southern Highlands a possible stopover. But the question is what type of VFT would be suitable for this project. According to Bob Muntz, a retired power station mechanical engineer and a staunch supporter of fast trains from Goulburn, magnetic levitation is probably the best option for high speed rail in Australia. Bob Muntz has professional interests in marine and electrical applications, and has served as an apprentice with the NSW Railways. 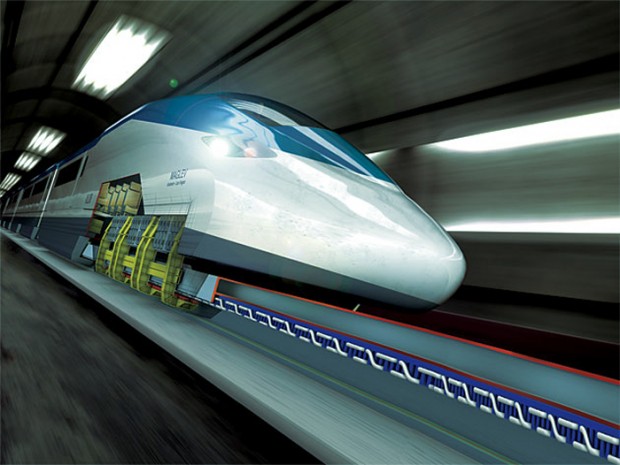 Maglev technology has proven to be safer, environmentally superior and economically feasible as well in the long run. In order to compete with air transport and be successful, the wheeled VTF version would require a dedicated track, which would eventually increase cost exorbitantly in land acquisitions, for constructing bridges, tunnels and so on. On the other hand the maglev runs on a concrete guide way, which can be erected on 20 meters high columns into cities or next to freeways and across rural lands. This eliminates the possibilities of level crossing accidents and land acquisitions.

Mr. Muntz further added that maglev requires less tunneling and earthworks since it can climb much steep gradients, and turn with much smaller radius than the traditional wheeled trains. Although tunnels are necessary, the space required for them is less. The positive aspect of this project is that the old railway system will be able to carry freight without any obstacles. He also insisted that unlike the traditional rail, maglev is efficient since it does not carry the weight of fuel or a propulsion unit. The maglev is powered by a linear strip under the guide way, which works in linear motion rather than a circular one. Huge savings can be made in long term maintenance costs since the technology has no moving parts, and all the electronic parts are non wearing.