But not everyone is convinced. Powerful Nevada senator Harry Reid said the would support the DesertXpress, because they have made more progress in the last years than maglev has in the last 3 decades. Many things are actually working against The American Magline Group. So far, the longest maglev traject in the world is only 30 kilometer (19 miles). Journalist John L. Smith even called the maglev project a real ghost train in his column. “While the amazing desert ghost train remains an illusion, its troubles are very real. Now that senator Reid has publicly endorsed the rival DesertXpress project despite its substantial shortcomings (most obviously its unintentionally comical Victorville-to-Vegas route), the maglev development has lost much of its political back-up. 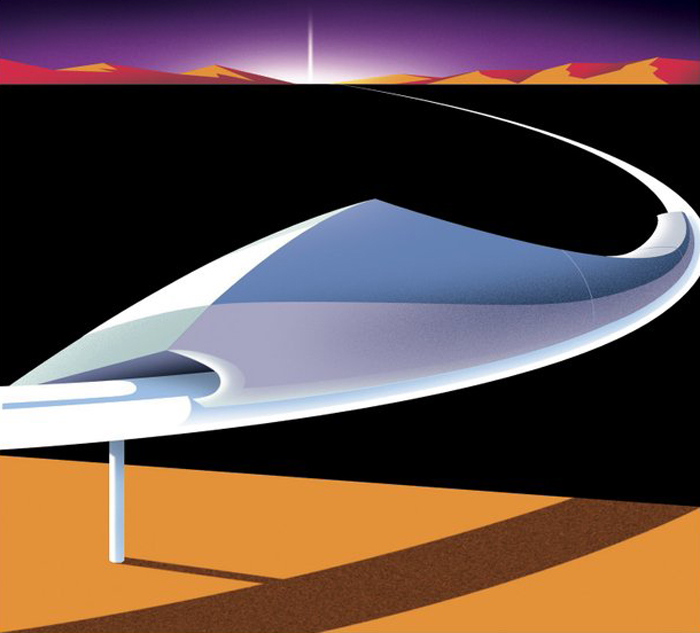 Magline director Cumming believes he can get senator Reid back in the maglev camp, because Reid based his opinion on some data and figures that were not correct: “Reid has been told that the construction of the maglev project would cost 40 billion US$, so I can see why he would think maglev was too expensive. But this figure is not supported in the GAO report – it is simply not true”. Reid found a powerful ally in the person of Danny Thompson, the executive secretary-treasurer of AFL-CIO (America’s Union Movement). Thompson has studied the issue for a decade as a member of the interstate train commission and is a big fan of the maglev technology. “I support Harry Reid 150 percent. The maglev technology is sound. It works. It will work. There is no other maglev train in the United States… it will be another amazing attraction for Las Vegas.”
Thompson also believes that the construction of the maglev will generate more jobs for Nevada construction workers, compared to using normal tracks made from Chinese steel. According to American Magline, the Nevada maglev project would create up to 90,000 construction jobs.
This may be a delicate matter for senator Harry Reid, the self declared friend of the working man. Reid can not take the risk to be perceived as a dealmaker who placed his contacts with the DesertXpress lobby groups above potential local job creation – especially in the current hard times for the construction sector. It will become clear in the 12 months to come if the California-Nevada Interstate Maglev train will see the day of life one day or remain a ghost project. Here at Maglev.net, we will keep you updated whenever there is news on the raging world of maglev, so make sure to check our site regularly.