Do you remember the “Here’s to the Crazy Ones” commercial by Apple? With this 1997 television ad, Apple celebrated the most the most remarkable people, who change things and push the human race forward.

“Here’s to the crazy ones. The misfits. The rebels. The troublemakers. The round pegs in the square holes. The ones who see things differently. They’re not fond of rules, and they have no respect for the status quo. You can quote them, disagree with them, glorify, or vilify them. But the only thing you can’t do is ignore them. Because they change things. They push the human race forward. And while some may see them as the crazy ones, we see genius. Because the people who are crazy enough to think they can change the world, are the ones who do.” – Apple 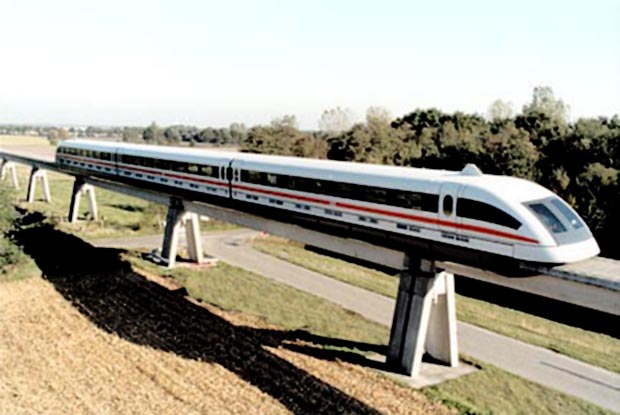 Friedrich Schiller, the 18th-century German poet and writer, whose works have inspired republican opposition to oligarchic tyranny worldwide, was without any doubt a “Crazy One”. Today, his legacy lives on in the Schiller Institute, an international organization approaching world-historical problems with Schiller’s world view that everything is possible if you try hard enough: “Man is greater than his fate. Even if the objective situation looks almost hopeless and desperate, a courageous spirit and human reason will always be able to find the higher level where the problems are solvable.”

In the last years, The Schiller Institute in Denmark has worked hard on a dossier proposing a future, fully developed Eurasian Land-Bridge using maglev technology. The first step would be to construct a direct maglev link between Denmark’s two largest cities: Copenhagen, the capital, located on the island of Zealand; and Århus, located on the Jutland Peninsula, separated by the Kattegat Sea. The prospect of reducing the current 3-hour-and-15-minutes trip to only 25 minutes has ignited the excitement of the Danish population. 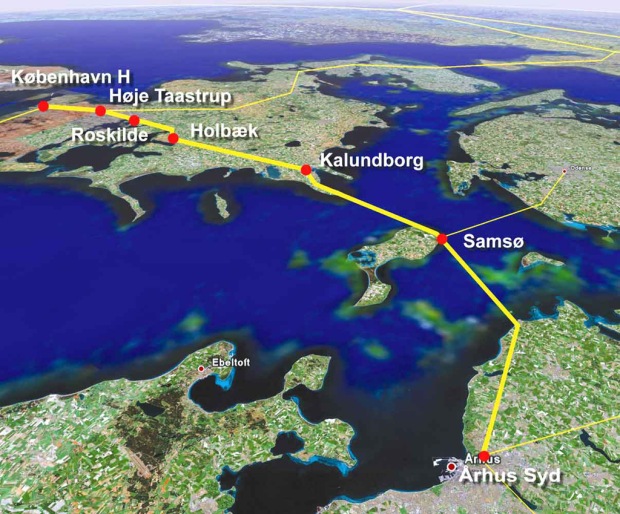 “Crazy – or not?”… We can easily imagine the expressions on the faces of the Danish politicians and traffic experts, when Schiller Institute chairman Tom Gillesberg, challenged them 3 years ago to take a technological leap into the future by supporting a Europe-wide maglev rail network. After the first shock was over, the Parliamentary Traffic Committee members showed a genuine interest in the Schiller Institute’s research. They asked many questions about the international context for maglev trains, the proposed route, and why Gillesberg defended the magnetic levitation technology instead of conventional high-speed trains like the TGVs in France, Belgium, Netherlands, Switzerland, Germany, Italy, …

Tom Gillesberg replied that there’s no more time to waste. He highlighted findings by economist and political activist Lyndon LaRouche’s on the subjects: “The Lost Art of the Capital Budget” and “The Economic Recovery to prove that the tide is high to make a technological leap, such as that from horses and buggies to railroads.

Of course, making a huge project as an international maglev rail network happen, requires thinking of the physical economy in a 50-year perspective and some brave decision making.

The Danish Schiller Institute had prepared their campaign for the maglev train network well. In the summer of 2006, a few weeks before their presentation to the Danish Parliament, they run a 50,000 newspaper where they proposed the construction of a maglev line between Copenhagen and Aarhus, across the Kattegat Sea, in detail. This high-speed rail network would reduce the time between Denmark’s two largest cities to 25 minutes. The proposal by the Schiller institute got a lot of press coverage and the interest for the project exceeded the boldest expectations and got the project a foot-in-the-door. 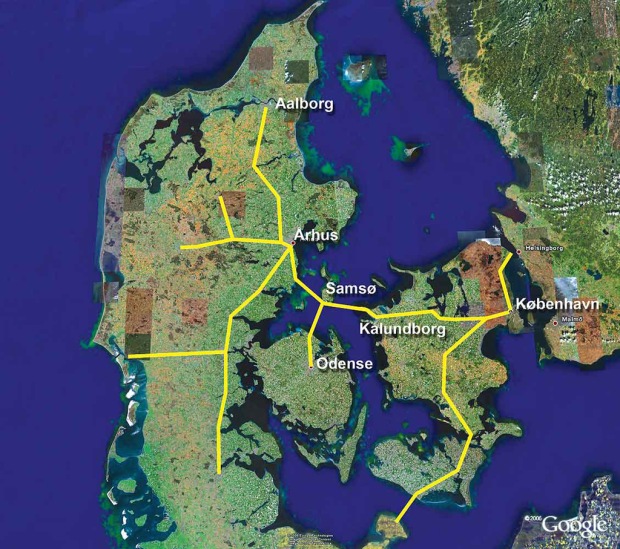 There is actually a real potential for Denmark to adopt the Schiller Institute’s maglev program. Twenty years ago, after the fall of the Berlin Wall, far-sighted Danish politicians decided to build three great projects, conceived as a package, which had been dreamed about for a long time. Two of them are now in use: the Øresund Bridge (between Copenhagen, Denmark, and Malmö, Sweden) and the Great Belt Bridge (between the Danish island of Funen, and the Jutland Peninsula to the west). These infrastructure projects have become a source of cultural optimism in the Danish population, and enhanced nationwide economic productivity. Denmark has also been pressuring Germany to agree to build the third proposed project, a connection between Denmark and Germany, across the Fehmer Belt in the Baltic Sea. As Lyndon LaRouche has observed, “The Danes want to teach the Germans to ‘play bridge!’”

The Schiller Institute is now using the proven success of the great project concept to push Danish politicians to lead the way in Europe, and take the next leap into the future – a maglev driven future. 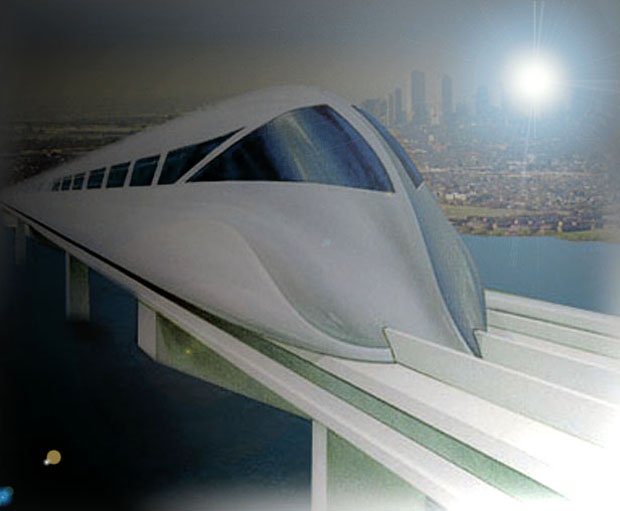 Schiller Institute chairman Tom Gillesberg is a big defender of the maglev technology. He states that thanks to the maglev technology, we may be entering a golden age of train transport. Train traffic will really become competitive. Trains will be faster, easier, and cheaper than cars. Because of the high speed, a maglev network will also have an almost unlimited capacity, which will reach far into the future. On top of this, maglev trains have low energy usage that is beneficial financially.

Gillesberg also stated that a European maglev network would be faster and economically beneficial than planes, and will bring us closer to the other European cities. The maglev train network would also server perfectly well for freight traffic. The maglev project would also give a serious push to the Danish economic activity and flexibility.

Pain points of a pan-European maglev project are of course the planning and financing of the construction of such a large maglev network. The Schiller Institute is convinced that the maglev project could be financed based on LaRouche’s capital budget concept and distributed over a 50-year period. The major portion of the construction costs would be paid through a national fund, not user fees. This is needed to insure that the ticket prices are low enough to encourage widespread usage. By transferring as large a percentage of traffic to the maglev as possible, this would save maintenance costs for the highways and regular train network. Gillesberg explained that the maglev network would bring the country closer together, thereby producing the greatest economic benefit.

Gillesberg told that the investments in basic economic infrastructure are the best answer to the current international economic crisis. To make this European maglev infrastructure project happen, he counts on a Danish initiative and the German-designed technology as the spark to boost European development. He insisted that we need to make it happen soon, as nobody in the world is waiting for Europe. “Asia is not waiting for Europe. China has already built a maglev line in Shanghai. China, Russia and India have commenced close technological, economic and scientific cooperation. They are already designing new types of nuclear power plants, and similar advanced projects. Russia and China are now cooperating on sending space probes to Mars, and are even discussing a manned mission to the moon. If Denmark and Europe are willing to play a leading role in the future, we must make a technological leap now, which through scientific and technological progress, will create increased welfare in the future.” 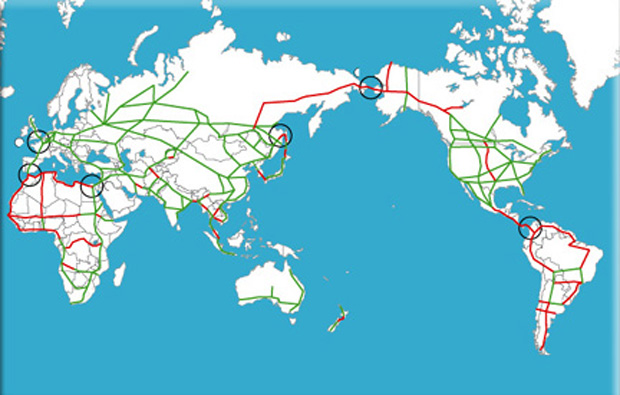 In conferences and interviews, Gillesberg told: “Of course it might seem crazy to use so much money for a project, but in the long term (30-50 years), it is crazy not to do it. And, the sooner we build it, the sooner we will get the positive results.”

One thing is for sure: to make a maglev network happen, we will have to count on the imagination and persistence of some “Crazy Ones”. Let’s hope the “Crazy Ones” will outsmart and convince the sane. 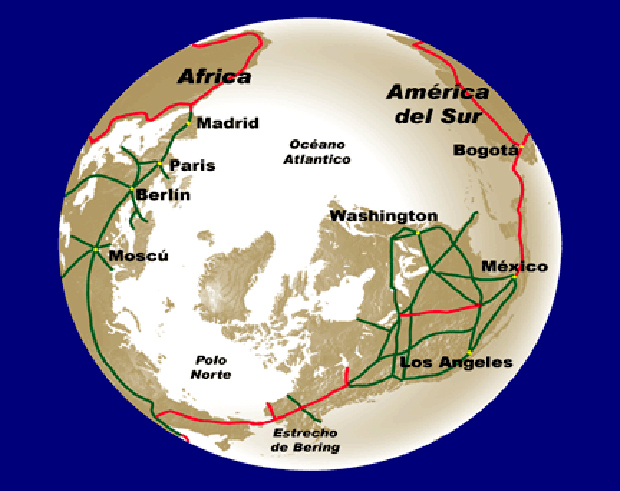 For more information and updates about the project, visit the website of the Schiller Institute:  www.schillerinstitute.org