The American Magline Group succeeded in convincing the general contractors on Thursday to support its plan to construct a magnetic levitation train from Las Vegas to Anaheim with a promise to provide 90,000 jobs for the local people. This idea was conveyed to over 250 people at the quarterly Associated General Contractors’ luncheon at the Orleans by the President of the American Magline Group Neil Cummings, and Thomas Bordeaux, the deputy manager from Parsons Transportation. The support of these contractors will guarantee the employment of all the construction workers. 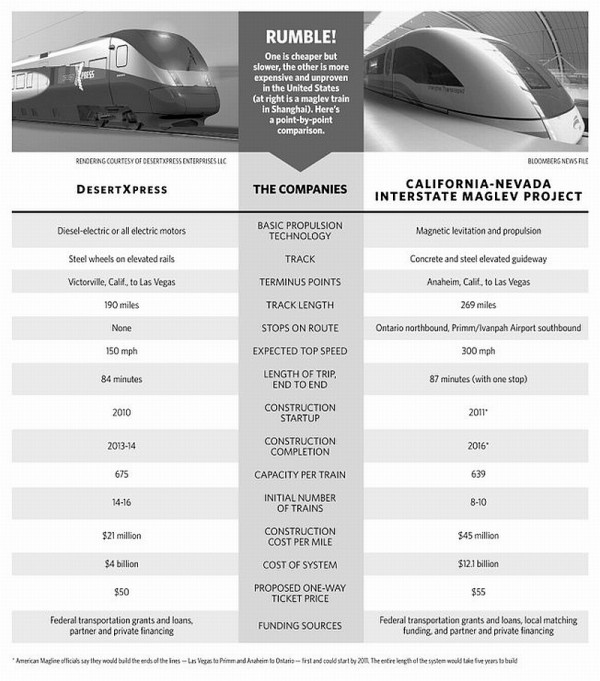 According to Bordeaux their business plan is dependent on the general contractors of Southern Nevada as the construction of this project cannot be completed without them. Also the contractors’ help will play a significant role in gaining the support of the federal government over the other projects in the country.

Even after 20 years of hard work the maglev project is struggling as there is more support for a proposed high-speed wheels-on-steel train line to Victorville called the DesertXpress. The DesertXpress has private funding and the construction is expected to begin within a year. The maglev train uses the latest technology and is fast and can go all the way into the Southern California population centre. But the federal transportation officials haven’t promised funds as yet to work on the final design and technicalities of the project owing to its high costs. On the other hand the contractors seem to support the maglev train. The contractors feel that the maglev project is a better option for the benefit of Southern Nevada and its companies. 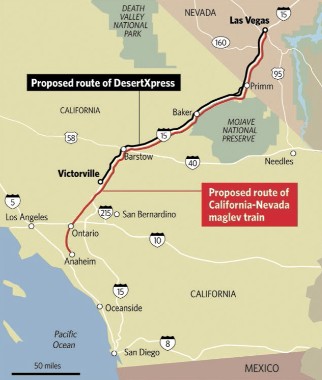 The maglev project will open up lot of jobs for the locals and also bring more tourists to Las Vegas. It would be a huge boost for Las Vegas as well as to all the towns along this route where stations would be built. The project is estimated to cost US $ 12.1 billion to build, which will be done in segments. The train would take 81 minutes to reach Anaheim once completed. The project is said to be labour intensive and can also surpass the capacity of the Las Vegas contractors.

Once this project is built the contractors would be in huge demand in the construction market as they would be the first ones to have the experience of building the new technology. Sean Stewart from Aggregate Industries guaranteed his support for this project and said that this project is the future of travel between the two cities and that his company would love to be a part of it as it is a great boost to their economy.