Is Maglev in Crunch?

The grand city of Shanghai, China might be gearing up for the world expo to be held in May 2010, but with a few hiccups; the greatest of them being the maglev train project from Shanghai to Hangzhou. According to the protesting residents of Xihuan suburb in Western Shanghai, they had no idea about the commencement of the project. The main reasons cited by the residents for protest is the distance of the tracks (30 meters) from their homes; noise and damage from the construction sites and the future trains, the declining property prices and destruction of the green cover. But despite this protest the project seems to be destined to move ahead.

The story in the United States of America is not too exciting either. The bids for the maglev project in Las Vegas and South California closed on 24th August 09 with an amount of $8 billion; which is said to be too less and is re-estimated up to $80 billion. Moreover the environment friendly aspect is also being questioned. The authorities projected it as a non reliable financial proposition owing to factors like uncertain ridership forecasts, long lead times and shifting construction costs.

Whatever the speculations be, the maglev projects world wide have to come strongly to revolutionarize the current transportation systems. 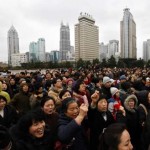 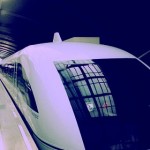