High-speed rail in Japan: From bullets to magic levitation

“Shinkansen”- as the Japanese referred to it; was the first bullet train to be introduced in 1964 for the Tokyo Olympics, together symbolizing the country’s economic recovery and global acceptance in even less than 20 years after the Second World War. The Shinkansen train network is being operated by Japan railways for nearly 45 years, connecting major Japanese cities with a network of almost 1550 miles of rail tracks.

The most popular route in Japan is Tokyo to Osaka where more than 150 million commuters use the bullet train in a year as compared to 3.9 million people flying with Japan airlines. This figure also includes the number of people taking the aerial routes from Tokyo to Osaka, Kobe and nearby kansai international airports in the same period.

If the Japanese were aiming to replace the air travel with high speed trains, their motive has not achieved the desired results; main reason for this being the archipelago topography of the country. The above mentioned numbers reveal the popularity of the bullet train over airlines, but for short distances of less than 3 hours. To sum up, the trains are better for journeys for up to 3 hours, but for more than that air travel is better.

In the year 2025 Japan plans to launch the next generation of bullet trains, connecting Tokyo and Nagoya in around 40 minutes using the magnetic levitation or “maglev” technology. These trains said to be much faster than the conventional ones. 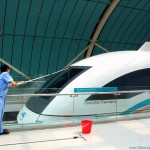 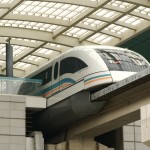