In early 1900’s two Americans, Robert Goddard and Emile Bachelet proposed the concept of utilizing the magnetic levitation technology for high speed transport. But no practical technique could be followed as the technology had limitations in those times. Hermann Kemper was the first scientist to exhibit the use of the magnetic fields for transportation by combining the advantages of aircrafts and trains.

Herman Kemper started his research on magnetic levitation in 1922. In 1933, after working for about 10 years he succeeded in creating a technical concept for a floating vehicle based on the principle of electromagnetic attraction. He applied for patent in Berlin and received it in 1934 under the number 643316. The patent described his invention as a “monorail vehicle with no wheels attached”. It means a floating vehicle based on levitation using electromagnets in the track.

His inventions led to extensive amount of research about the magnetic levitation technology in other countries. This led to the foundations for large scale models such as the Transrapid system in Germany and the Linear motor car in Japan. These two models use different technologies but are based on a basic principle of attraction and repulsion of magnetic fields. Presently the maglev technology is limited only to high speed transport on ground, but in future can be applied for orbital transfer due to its energy efficiency, environmental benefits and high speed transportation abilities.

The maglev technology is truly the future of transportation systems as it is pollution free and uses renewable sources of energy not contributing any more to global warming. It is not affected by any weather and has the ability to transport enormous amounts of people and freight using only a narrow guideway. 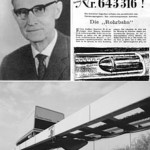 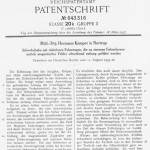