Delay in Launch of 2025 Japanese Maglev

Central Japan Railway (JR Tokai) has announced that the launch of the new maglev train originally planned for 2025 might be delayed due to financial problems. The declining revenues owing to the economic turmoil have forced JR Tokai to review a 2007 financing plan for the new maglev. The maglev project may also be delayed due to the time taken in the progress of the government procedures that needs to be finalized before the project begins. 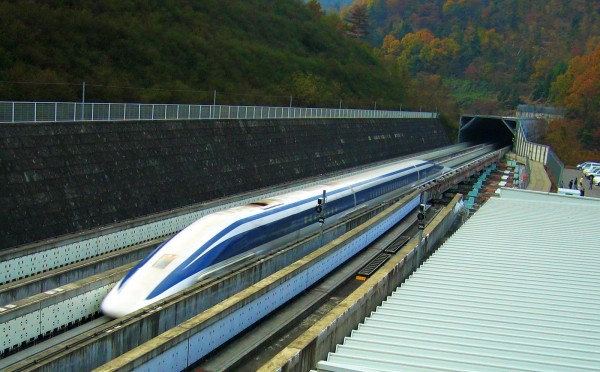 In December 2007 JR Tokai estimated a cost of 5.1 trillion yen for the total cost of constructing a railway line between Tokyo and Nagoya and to manufacture trains for the new service. The company wants to go ahead with the project at its own expense. The economic recession has led to a steep decrease in the number of passengers of the Tokaido Shinkansen. This has led to great drop in revenue and profits leading the railway company to review their financial plan.

Negotiations are still in progress as to which route should be given preference: the direct route envisaged by JR Tokai or the one going through the Minami Alps. The local bodies have shown resistance to JR Tokai’s request for them to shoulder the burden of constructing stations on the new line.

An environmental assessment needs to be done out in the line along with the construction which would take 2 to 3 years and the construction itself may go on for about 10 years. The launch of operations might be delayed if the selection of the route and the debate in the Council for Transport Policy take long. JR Tokai plans to start operations of the new maglev Chuo Shinkansen Line between Tokyo and Nagoya in 2025 and subsequently extend it to Osaka.