The supporters of the proposed high speed magnetic levitation train between Los Angeles and Las Vegas announced on Monday that China has agreed to lend US$ 7 billion only if the US government supports this project. The maglev officials were shocked to hear that their project was disqualified for any funds out of the $ 8 billion shelled out on Thursday for the high speed rail systems across the country. The Export Import Bank of China is willing to lend money with a guarantee that if the California- Nevada Super Speed Train Commission is unable to pay it back then the Federal officials will. The Chinese bank is aware of the potential and the high speed technology and so is taking such a keen interest in it.

The high speed railway is equivalent to an eight lane highway with traffic moving constantly at 60 mph or to 55 fully loaded 747s landing everyday in Las Vegas. The train is estimated to carry 43 million passengers by 2025.  This ambitious project is said to generate 90,000 jobs. All these factors will enlighten the future of this area and Las Vegas will literally be the suburb of Los Angeles. 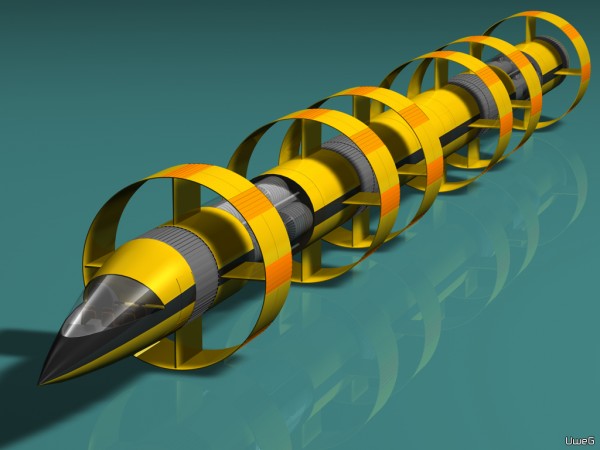 The DesertXpress is the rival project of the high speed maglev train and is gaining a lot of support. It is electricity propelled high-speed train which is said to initially run between Las Vegas and Victorville, California, and then eventually connect to a rail system in Palmdale. The train reaches a top speed of 150 miles an hour, transporting passengers to Victorville in an estimated 84 minutes. The maglev train reaches a top speed of up to 300 mph with a total travel time from Anaheim to Las Vegas just 86 minutes. The maglev commission has requested $83 million in grants from the federal government.

According to the maglev officials the funding that was lost could have distressing effects on Las Vegas in the struggle to attract conventions, especially because Florida secured $1.3 million for a high-speed train linking Orlando to Tampa and Miami.  The maglev officials are still hoping on the amount of $ 45 million set aside for the high speed project in 2005. They have also secured some private funds to reach their desired sum.