$50 Billion: The Race for Maglev

The US government has received applications from 24 states worth US$50 billion for high speed rail projects. The final decision on which project will receive funds will be made this winter. The decisions will be merit based and will reflect the president’s vision to revolutionarize the American transportation systems.

In August, the agency received 214 applications from 34 states totaling US$7 billion for corridor planning and smaller projects, including trains traveling less then 110 miles per hour defined as high speed rail. Applications for high-speed projects were received on 2nd October. The American Recovery and Reinvestment Act decided on US$8 billion for high-speed and other passenger rail projects. The fierce competitors for funds include the California maglev (US$4.7 billion), the Pittsburg maglev (US$3.75 billion), and a maglev in Florida (US$2.5 billion).

The authorities now have to decide who gets to eat the cake. 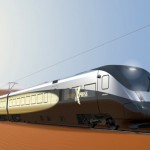 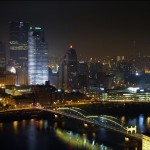